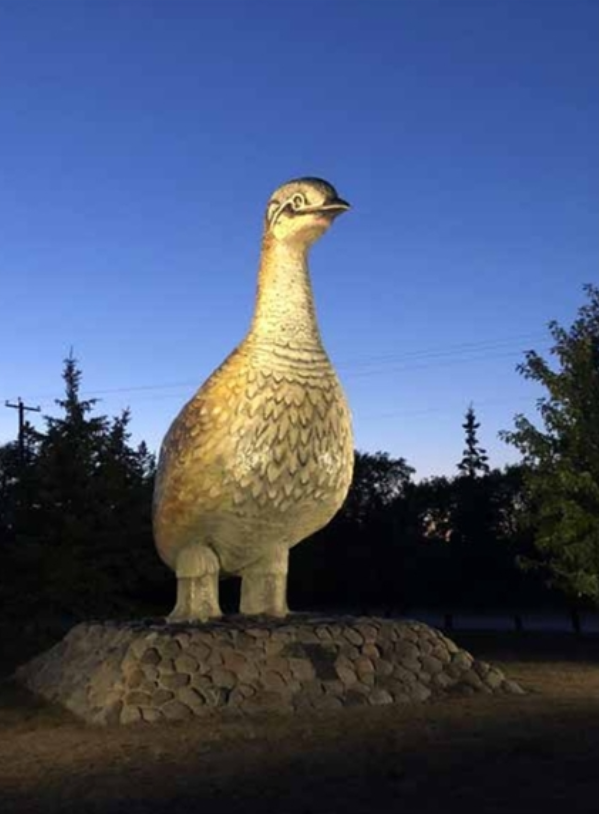 DLC certification is a utility based initiative and one of the most important lighting certifications that customers look for. Many organizations offer rebate programs based on meeting DLC standards on a variety of luminaires such as but not limited to wall light, flood light, ceiling panels and high bays. DLC certifications require you to comply with 3 main aspects to the lighting which are distribution, color and longevity. These aspects must be tested by an accredited laboratory to be DLC certified. Testing results are submitted directly to the DLC by the manufacturer.

Furthermore, DLC premium takes it a step further due to the fact that it requires higher efficiencies and an additional light depreciation metric which most often results in higher rebates. Instead of burning out like traditional light fixtures, LEDs dim or depreciate their output over time. The industry accepted lifetime for an LED is when it reaches 70% of its original input, also known as an L70 projection. DLC Premium would require a L90 projection, which is when the fixture is expected to lose 10% of its output. Currently, DLC is in its 5.1 phase.

Notable RDA products with DLC Premium lighting certification would be RHB-LED, HELIX-LED, WP-LED and many more!

UL stands for Underwriters Laboratories, UL standards are employed throughout many industries to assure specific product performance and safety. If a luminaire has a UL marking along with a control number, it means it has met all safety requirements for that specific environment. There are 3 main UL markings, dry locations, damp locations and wet locations. Products with dry locations certification are typically used indoors and above-ground rooms, such as bedrooms, kitchens, offices, retail stores. It is the most common certification amongst lighting and it is also known as UL Listed within the industry.

Damp locations certification is approved for lightings that are regularly exposed to moisture and condensation. However,  it is important to note that your luminaire can only handle a limited amount of water exposure which means that it cannot be directly exposed to snow or rain. Main applications for this marking would be outdoor usage with some coverings such as patio or perimeter of stores.

Similar to UL, An ETL certification means that products have been tested to set safety standards. ETL has 24 different marks/certifications to indicate anything from safety to health and environmental benefits.

UL and Intertek (parent organization of ETL) are some of the few NRTLs (Nationally Recognized Testing Laboratories), a third-party testing program overseen by the Occupational Safety and Health Administration. Main difference between UL and ETL is that ETL does not publish their own standards. Instead, they test components to established standards of other NRTLs such as UL, ASME and ASTM.

IP known as Ingress Protection defines the level of protection for the luminaire against outside bodies like debris, dirt and different forms of liquid. The numbers that follow IP each have a specific meaning. The first number represents the degree of protection from moving parts, as well as the protection of enclosed equipment from foreign bodies. The second number indicates the protection level that the enclosure enjoys from various forms of moisture. 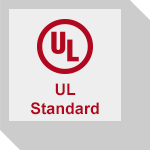 It is locations where explosion or fire hazards exist due to the presence of flammable gases, flammable or combustible liquid-produced vapors, combustible dusts, or ignitable fibers. Hazardous Locations are classified by the likelihood of an ignitable concentration of combustible material being present. There are two systems in place, including the traditional North American Division system as well as the alternative Zone system.

UL844, explosion proof lighting for Hazardous Locations–is one of several lighting certifications used in conjunction with National Electrical Code Classes, Divisions, and Groups of atmospheres for the selection of fixtures for normally and not normally hazardous locations where volatile flammable liquids, flammable gases, and combustible materials may be present in the atmosphere. Common examples of hazardous locations that require luminaire would be sawmills, grain silos or waste water treatment plants.

We previously covered this certification more in-depth in our 3-part blog series of
Lighting Challenges in Hazardous Locations!

NEMA stands for National Electrical Manufacturer Association. NEMA ratings are standards to justify the environment that the electrical fixture can be used in are mainly applied to fixed electrical enclosures. There are many NEMA ratings for different circumstances but the one we employ for our luminaires would be NEMA 4X. NEMA 4X highlights that the luminarie is suitable for Indoor or outdoor use primarily to provide a degree of protection against corrosion, windblown dust and rain, splashing water, hose-directed water, and damage from external ice formation.

Shoutout to Ed Wynne of RDA Lighting for his expertise throughout blog! 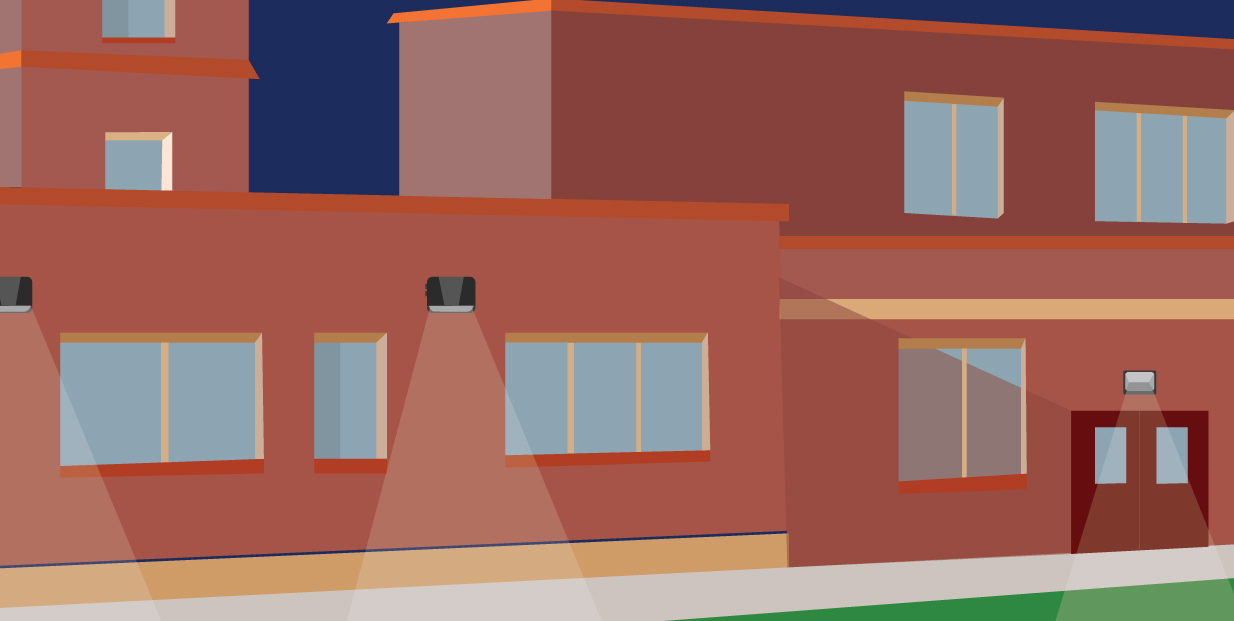 Exterior Lighting for Schools and Universities 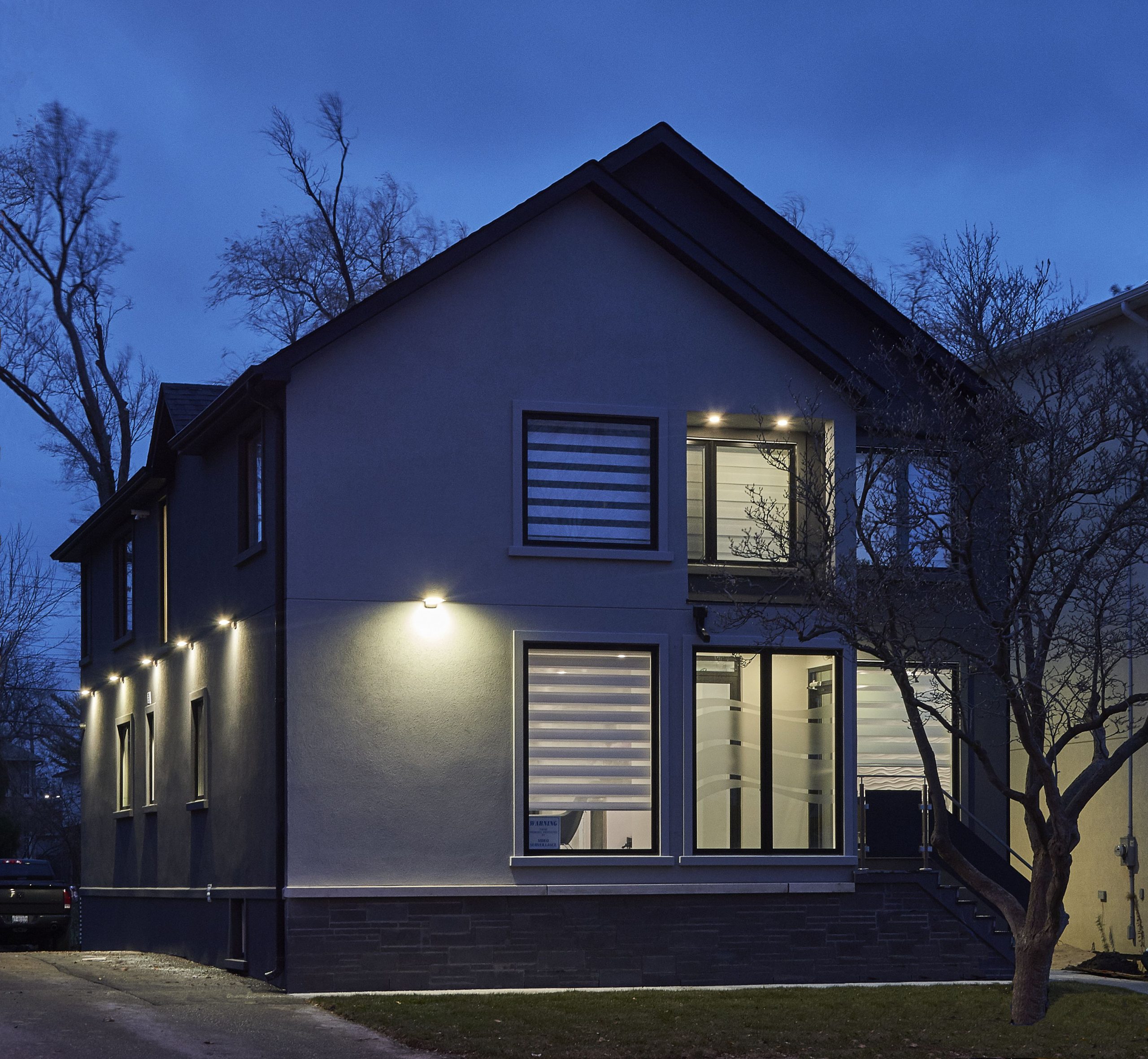 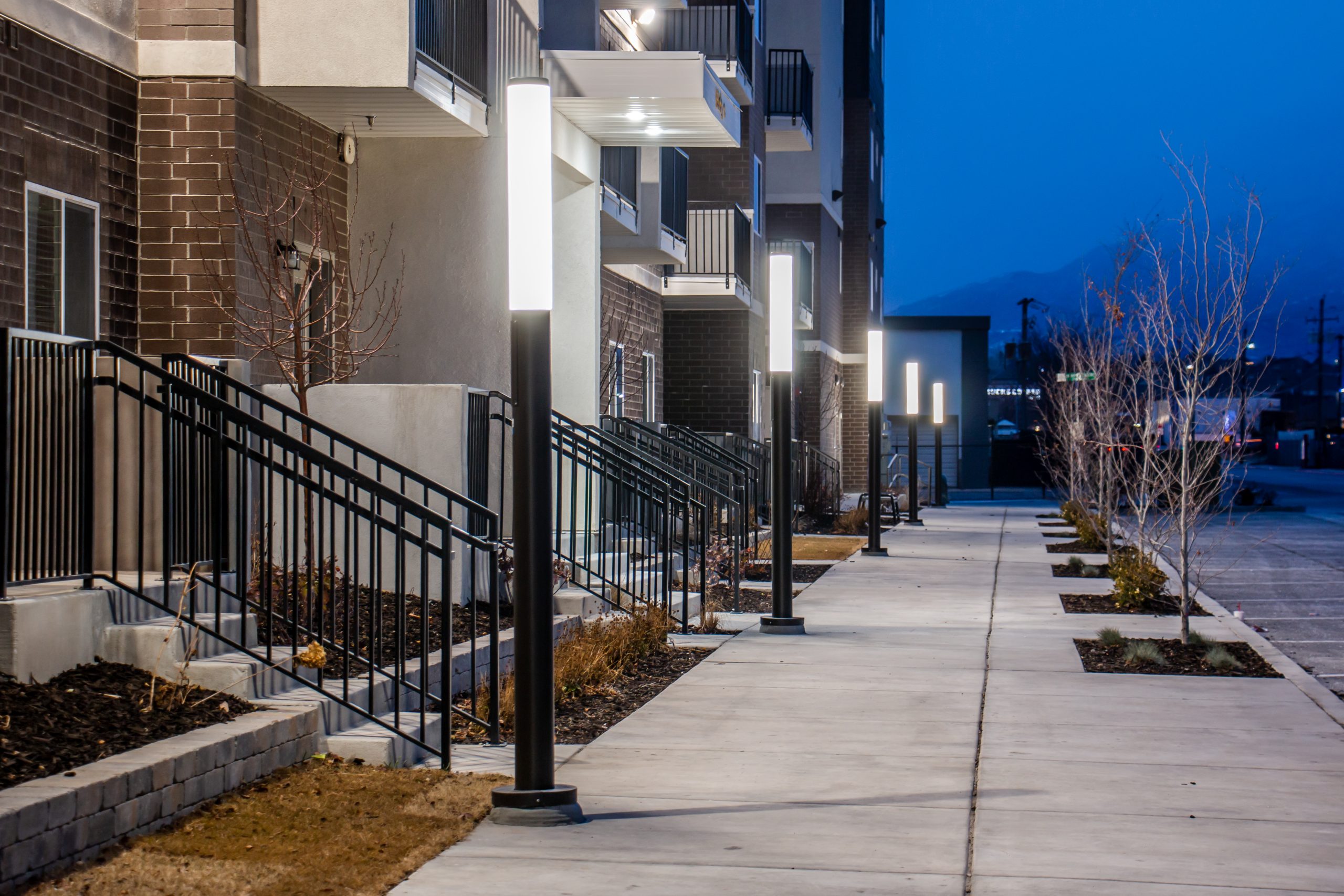 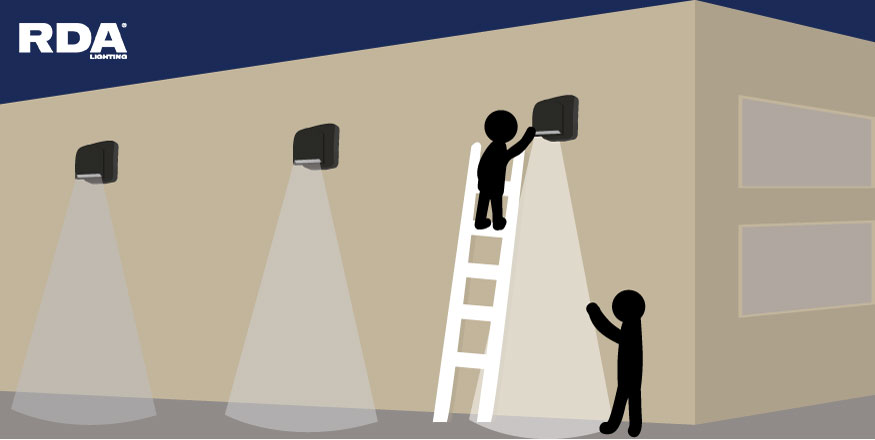 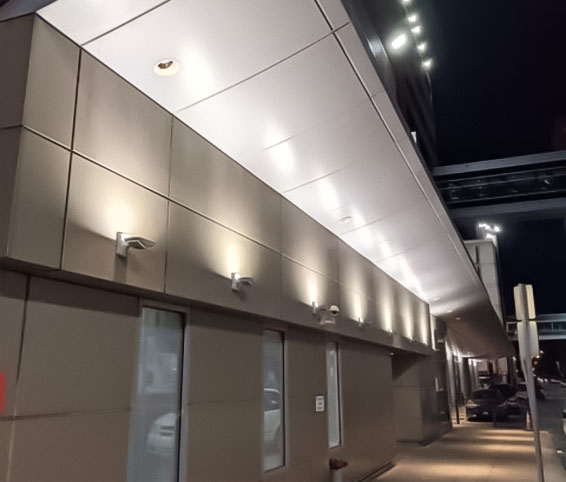 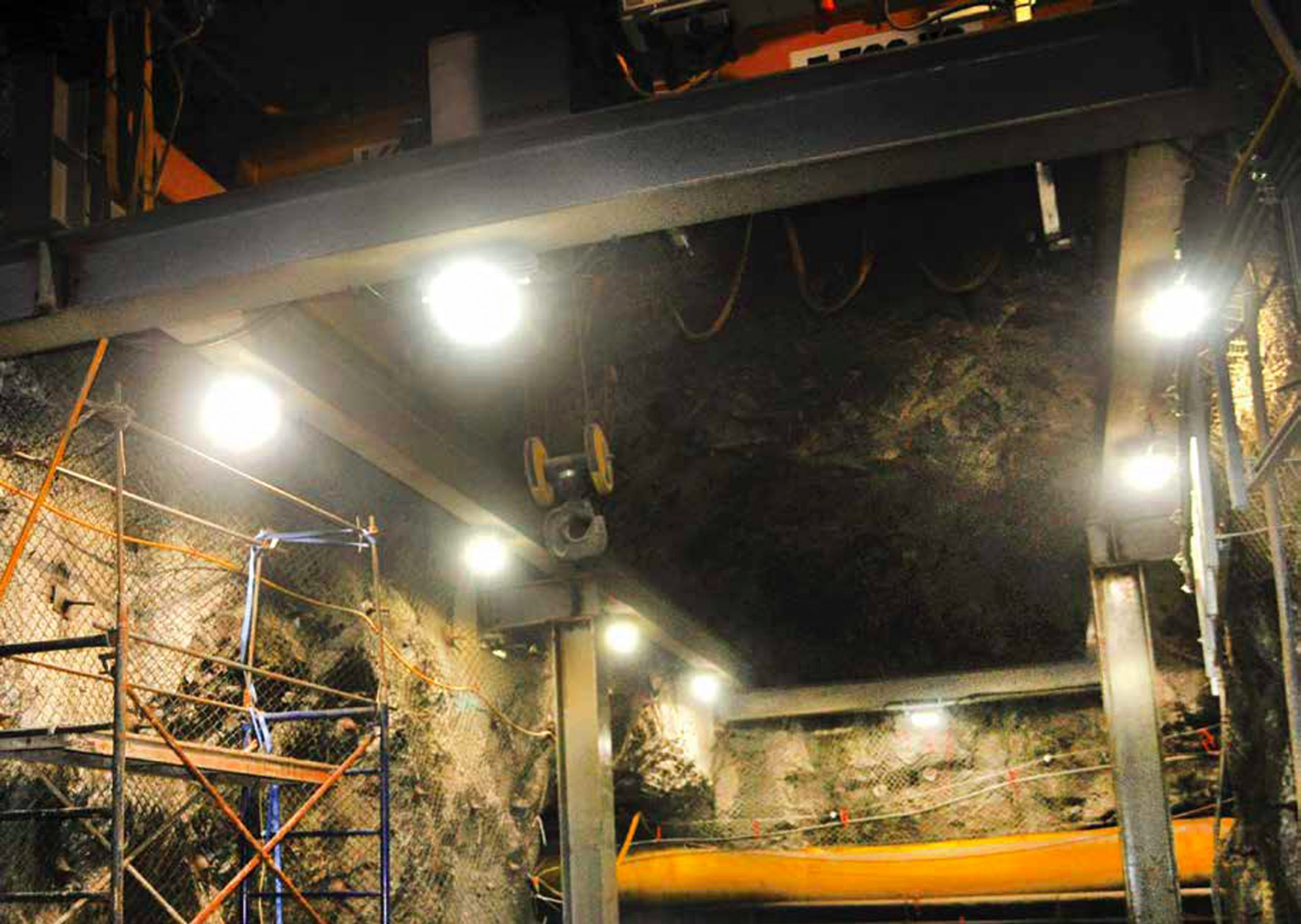 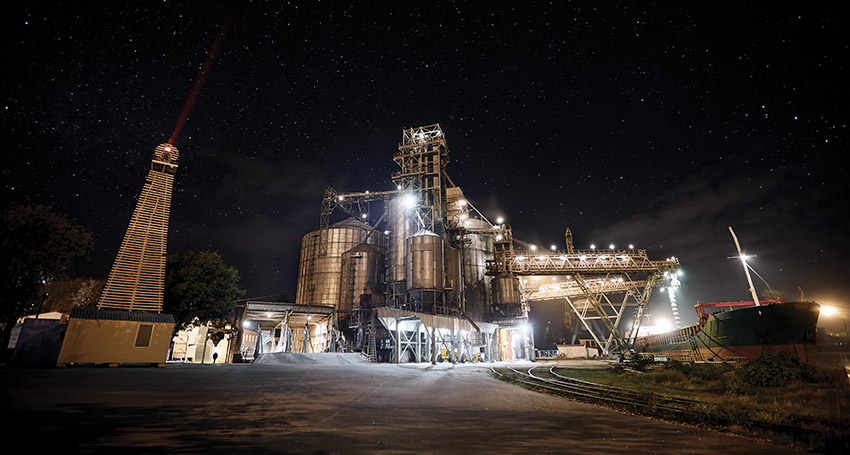 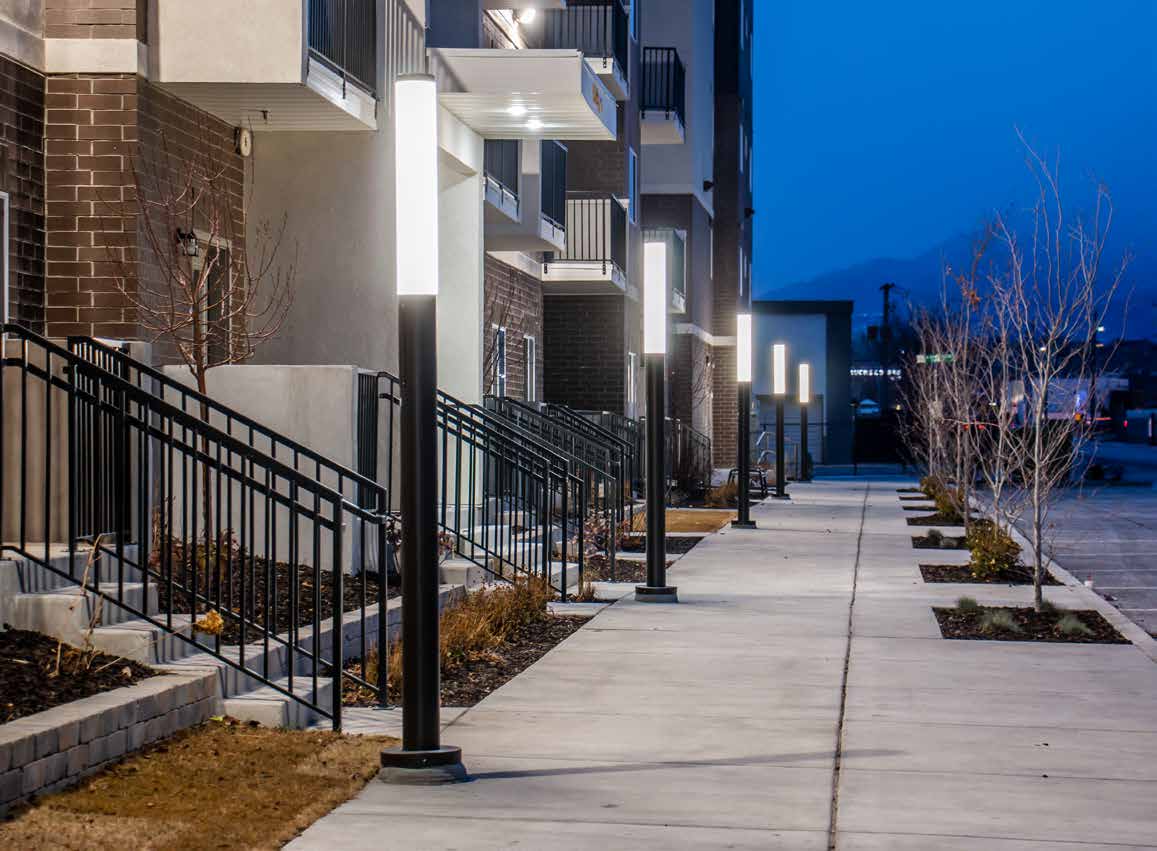 See all articles
All search results